Kudos to the 36 Broomfield employees who showed their Commitment to Zero by participating in Bike to Work Day on June 26!

These awesome individuals joined an estimated 31,200 riders in the Denver metro area in biking to work. Together, they rode nearly 549,000 miles and burned 24.1 million calories.

By participating in the state-wide day, local bikers helped show the impact of taking 25,000+ vehicles off the road and encouraged support from regional leaders for biking infrastructure projects, which make it easier to bike all the time. 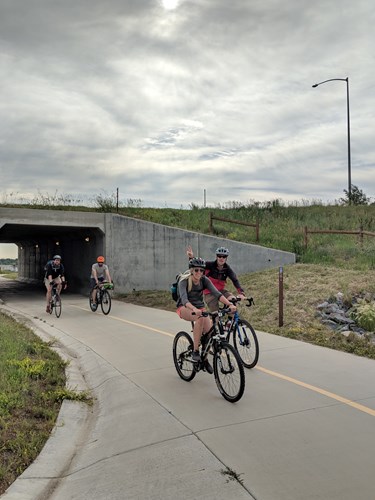